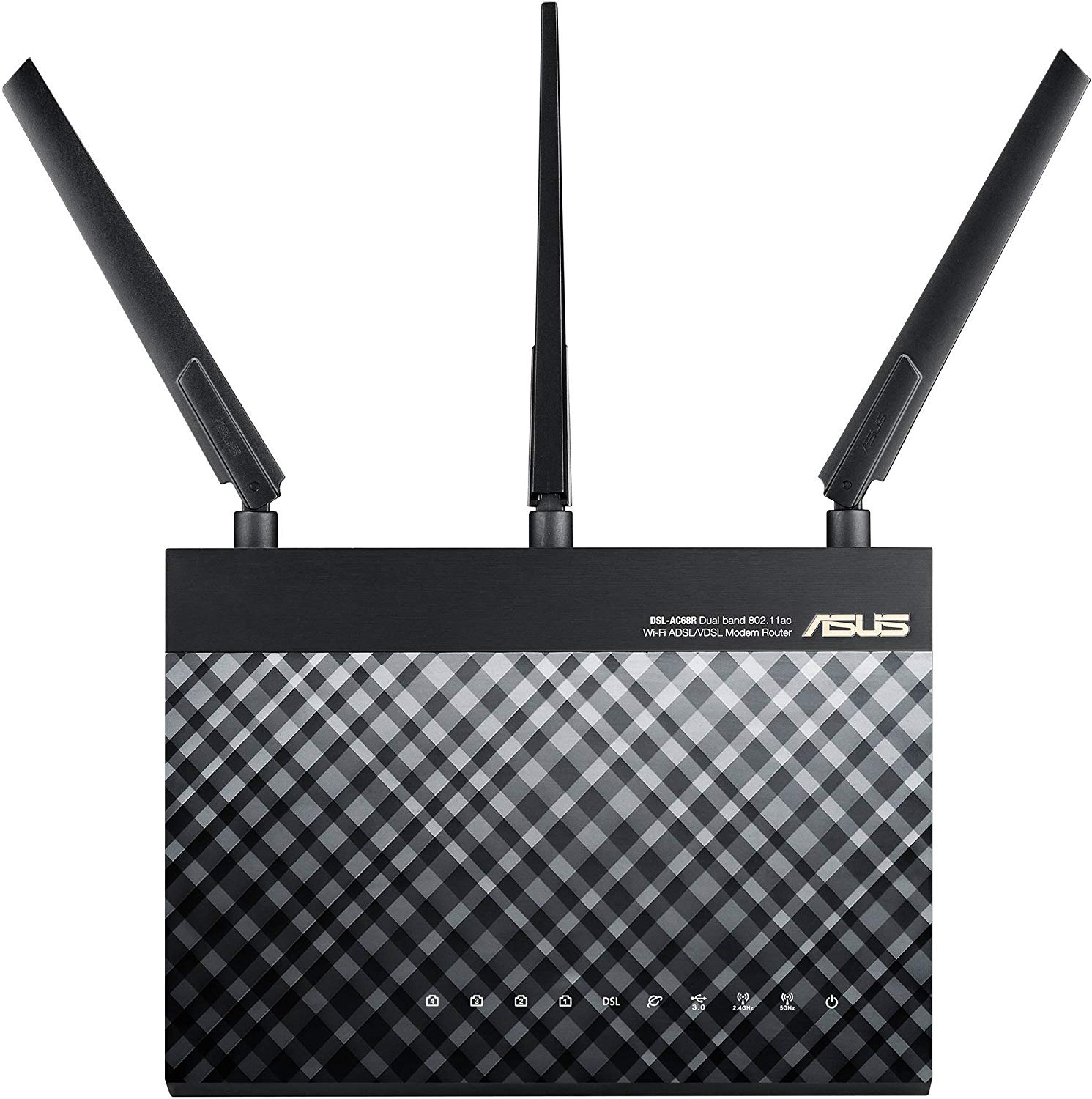 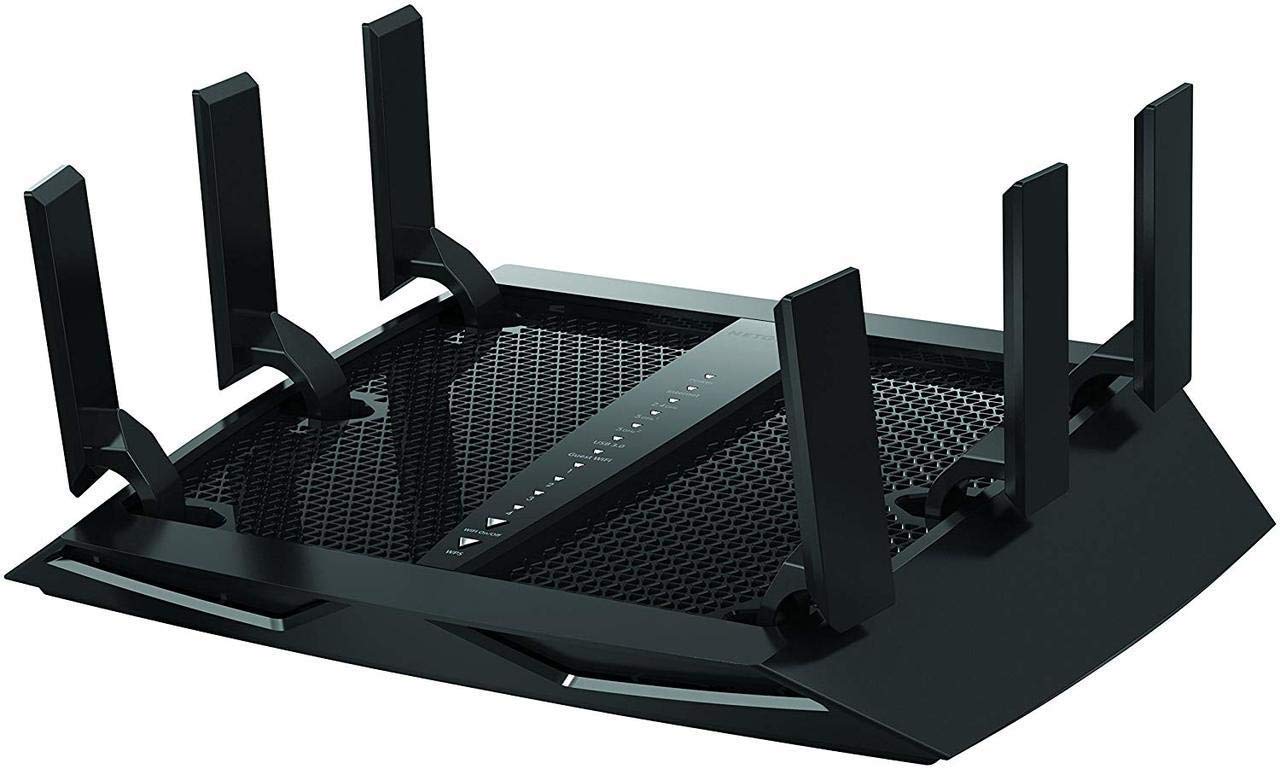 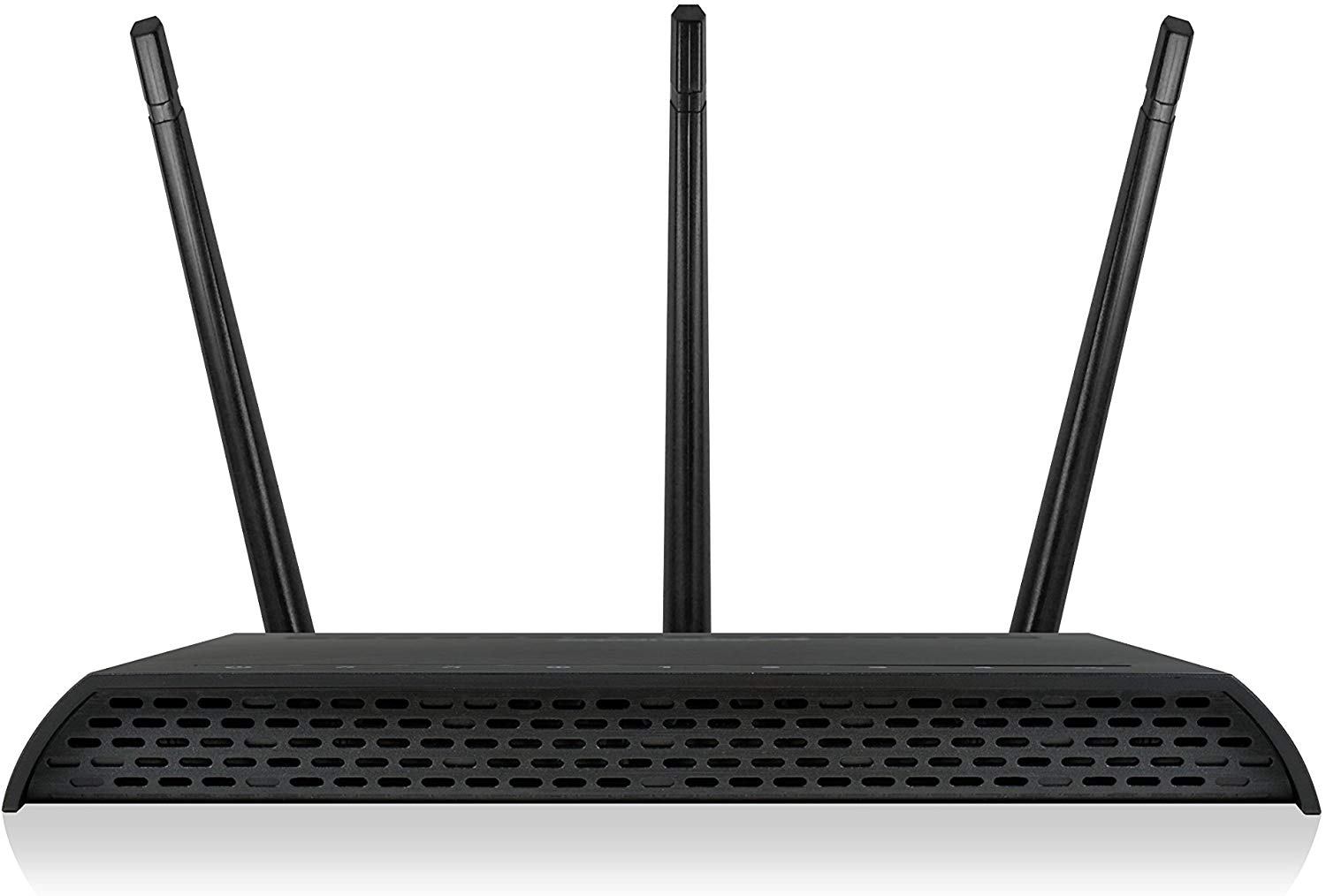 Wireless routers (also known as Wifi routers) provide a convenient and easy way to roll out highspeed Internet access. This explains why many homes across the globe adopt them at a rapid pace. However, as wireless networking works by transmitting information over radio waves, it can be vulnerable to cybercriminals than a traditional wired network.

Like signals coming from smartphones, signals from wireless routers can be intercepted. It’s hard to physically prevent strangers from connecting to your wireless network, thus your wireless router must have additional features to keep your network secure. Some of these features include a built-in firewall (stateful packet inspection), parental or administrative control, and encryption protocols supported.

We have rounded up the top five wireless routers available in the market today and compared them according to the features that you should be looking for to set up your wireless network.

These features include physical specifications like ports as well as security features like parental/administrator control, virtual private network (VPN) support, Wi-Fi protection access, built-in firewall (stateful packet inspection), and DoS attack protection, all of which are needed to protect your entire wireless network and the computers/devices within against different types of cybersecurity threats.

ASUS RT-AC68U AC1900 Dual Band LTE WiFi Router 4G complies with the latest LTE Category 6 mobile broadband standard. This wireless router combines two cellular bands to provide you with blazing-fast Internet download speeds of up to 300Mbps. 2x faster than LTE Category 4 and 7x faster than 3G (HSPA+), this ASUS router allows you to share huge chunks of data like 4K UHD videos easily. The ASUS RT-AC68U also brings to you at the same time up to 600Mbps 2.4GHz and superfast 1900Mbps 5GHz 802.11ac Wi-Fi connectivity, so you can enjoy wireless speeds that can go up to 3x faster than the preceding IEEE 802.11n standard.

ASUS AiRadar uses a smart algorithm to strengthen its wireless connectivity with the use of beamforming technology, high-power amplification, and proprietary ASUS RF fine-tuning. Combining these innovations results in wide, stable Wi-Fi coverage.

ASUS has bundled this wireless router with external mobile broadband antennas that perform better than internal antennas. You can easily connect to the router an antenna extension cable to its standard SMA jack connectors.

Besides 4G LTE and Wi-Fi connectivity options, ASUS has equipped the 4G-AC68U with a dedicated Gigabit Ethernet WAN port for backup wired Internet connection. This feature is useful when wireless connectivity becomes unavailable.

Netgear’s Nighthawk X6S Smart Wi-Fi Router R7900P takes advantage of breakthrough Tri-Band Wi-Fi Technology to deliver a massive mixed wireless speed of up to 3.0Gbps. This wireless router optimizes Wi-Fire performance by intelligently allocating the fastest Wi-Fi band possible for every device. Doing so allows the devices to connect accordingly to their maximum speed. Even if the wireless network becomes saturated with activities like streaming, gaming, working, socializing, or downloading, this Netgear router gives you seamless connectivity with zero lag. Exclusive features include Nighthawk App, ReadyCLOUD, and Circle with Smart Parental Control.

Utilizing multi-user MIMO technology, Netgear Nighthawk wireless routers stream data to several devices all at the same time with a fast throughput rate, as well as uninterrupted download and streaming of digital content.

This Netgear wireless router complies with standards-based Wi-Fi security like 128-bit AES encryption with PSK. It also works as a personal FTP server and has an OpenVPN Connect app that allows secure remote home access to the network.

With Netgear’s Circle feature, parents and network administrators have the power to manage the kind of content and time spent online of network users. Admins can also separate and secure wireless connectivity access allocated for guest users.

By just plugging your USB flash drive or external hard drive into this router, you can create secure personal cloud storage. Access and share your files using Google Drive or Dropbox without fees, storage limitations, and privacy concerns.

Compliant with the IEEE 802.11ac Wi-Fi standard, this wireless router from Amped offers Wi-Fi speeds up to six times faster than the preceding 802.11n. This router can deliver up to 450Mbps 2.4GHz and 1300Mbps 5GHz wireless connectivity simultaneously.

Home network administrators are empowered to schedule the wireless network’s availability, limit signal reach, and block specific devices from connecting to the network. You can also create up to eight Wi-Fi networks with different profiles using this router.

Simply attach a removable storage device like a USB flash drive or an external hard drive to the router to share files with connected devices. These files can be accessed over the Internet through a secure FTP client as well.

Addressing the needs of medium and large enterprise branch offices, the Cisco 3825 comes with award-winning Cisco IP Telephony for wired and cordless WLAN phones, with Cisco CallManager Express (CME) as an optional feature. 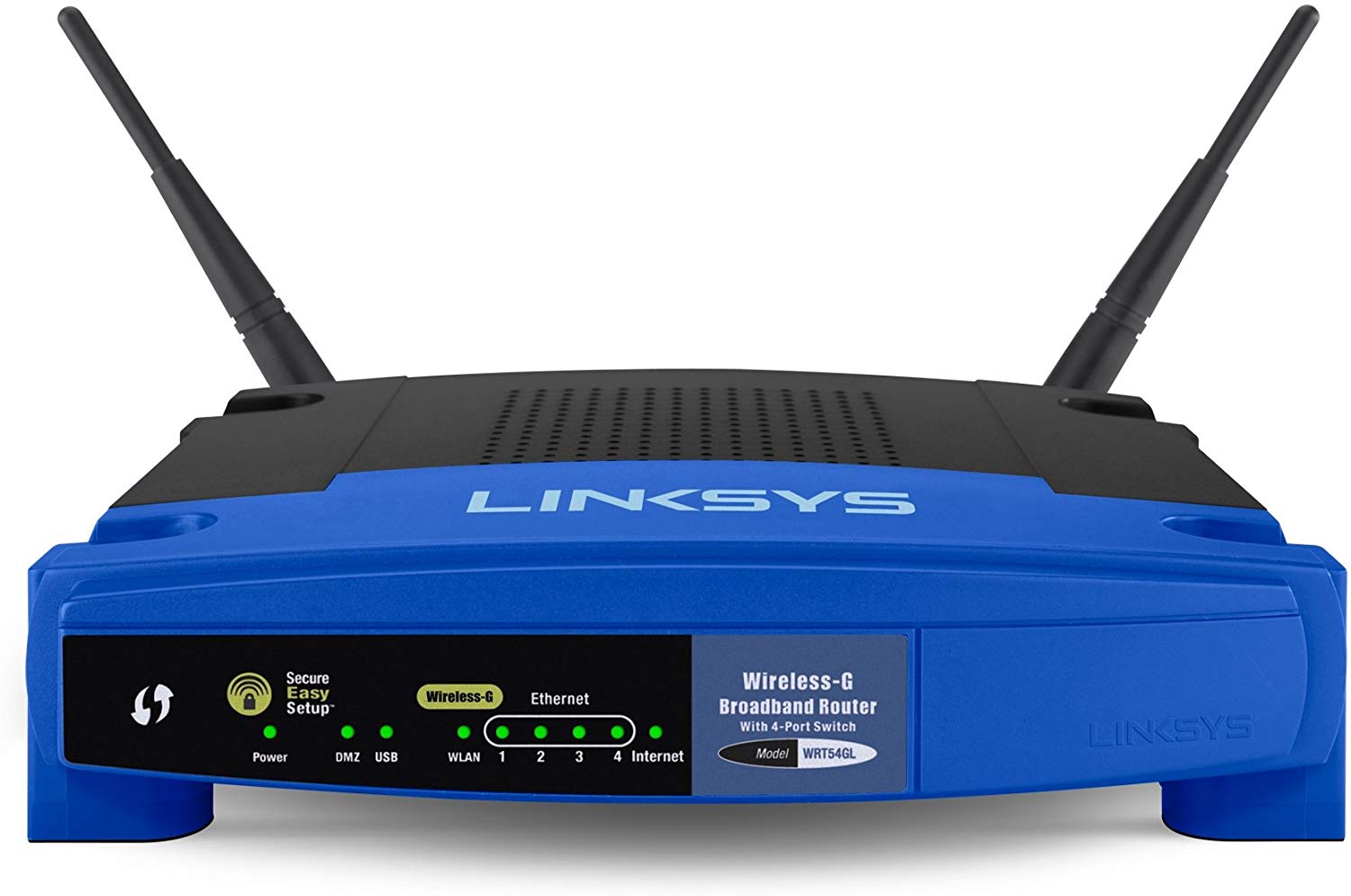 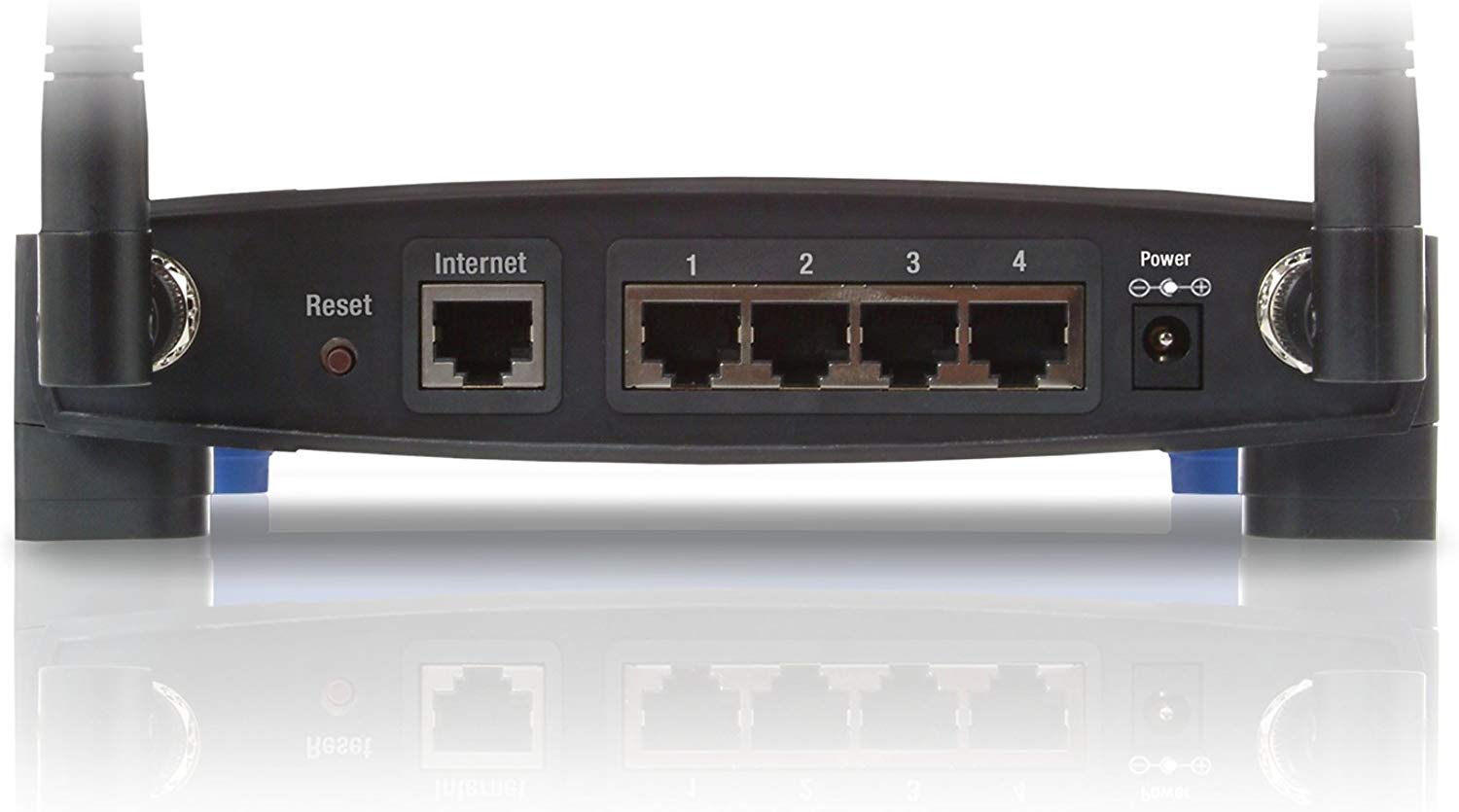 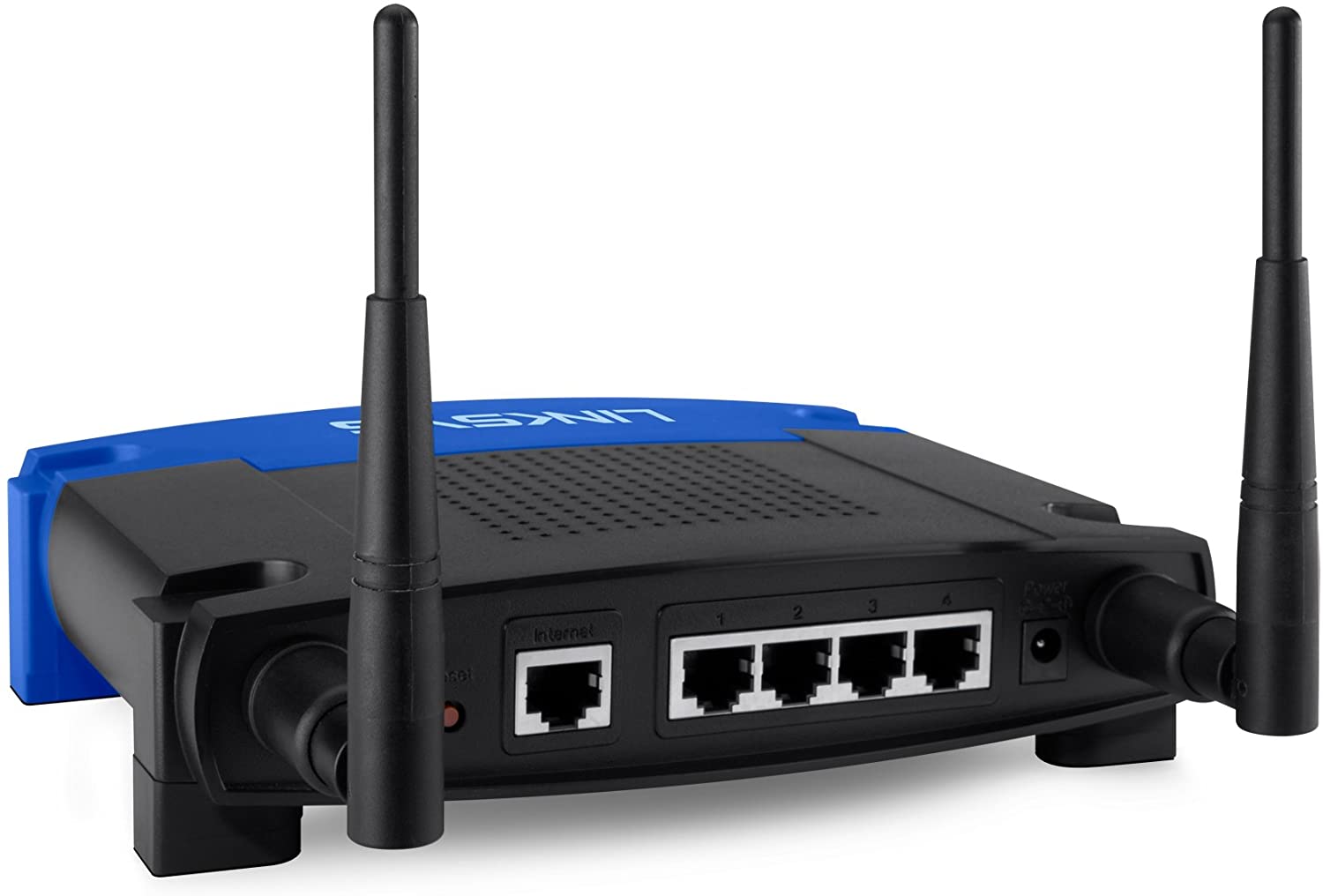 The Linksys Wireless G Router WRT54G lets you access the Internet through a wireless connection at 54Mbps or wired connection using one of its four switched ports. You can also use this Linksys wireless router to share resources in a network like computers, printers, and files. Apart from providing Internet connectivity, one of the most important features of the WRT54G points to cybersecurity. This wireless router from Linksys comes with a variety of security features to protect your data and privacy while connected to the Internet. The WRT54G features WPA2 security, stateful packet inspection (SPI) firewall, and NAT technology.

The Linksys Wireless G Router WRT54G sports a Secure Easy Setup button located on the front panel. This button helps users set up the wireless router easily fresh from the box. Should you need to reset the router, simply use the button again.

This wireless router from Linksys serves as a wireless access point that lets you connect wireless devices; a 4-port full-duplex Ethernet switch to connect devices using Ethernet cables; and a DHCP server with a powerful firewall to protect you against Internet attacks.

Also known as dynamic packet filtering, SPI technology monitors active connections and verifies whether inbound data packets correspond to these connections. The wireless router then chooses to permit or deny them to pass the firewall.

What Is A Wireless Router?

Wireless routers come with security features like an integrated firewall, functioning as a hardware firewall using the stateful packet inspection (SPI) technique. So, what is a firewall?  Firewall serves as a fence, and it’s a boundary between a trusted internal network from untrusted external channels.  Like dedicated hardware firewall appliances, wireless routers enable network administrators to set network security parameters like the time limit allowed for network users to connect to the Internet, the websites allowed to be accessed, and the profiles assigned to primary and guest network users.

How To Set Up Your Wireless Router & Wireless Network Security?

Wireless routers carry a default Service Set Identifier (SSID) or a wireless network name assigned in the factory. It may consist of 32 characters and the one that appears when you turn on a wireless router for the first time. You should change the SSID with a name that stands out among other wireless networks present in your area. Just make sure that the new name doesn’t contain personal information (birthday or ID number).

Wireless networks encrypted with WPA/WPA2 boast better security than those with WEP as the former employs dynamic key encryption. Use the highest level of encryption supported by your wireless router for better protection. Older wireless routers may only support WEP but not WPA/WPA2.

The wireless network security that your wireless router provides might become useless if the devices covered work without security. Secure your devices with passwords and encrypt confidential files. Change passwords regularly. Disable file sharing. Most importantly, install security software on your devices.

To identify which security software is the best for you, check out our dedicated review and buyers guide for the best selling antivirus software, anti-spyware software, anti-Trojan software, software firewall solutions, and Internet security suites.

With the proliferation of wireless devices like smartphones, laptops, and tablets, wireless routers have become a necessity among home users and organizations. That said, today’s market offers a wide range of wireless router options from different brands with various features that to cover the speed, security, and network requirements of users. Wireless routers should be able to support several devices and network activities from mild Internet surfing to intense gaming. Below are the key factors to consider when selecting and buying a wireless router.

Depending on the wired and wireless standard that they support, wireless routers vary in terms of the maximum connection speed that they can offer. Nevertheless, it’s one of the top features that wireless router manufacturers boast. Gigabit Ethernet is now a standard among these network devices, so users can expect up to 1Gbps Internet speed, depending on what the Internet service provider (ISP) delivers. Likewise, wireless Internet speed relies on the standard/s supported by the router. The majority of wireless routers today comply with the IEEE 802.11ac standard so users can expect up to 1300Mbps speed in some models. Router models with SIM connectivity can offer up to 60Mbps.

During the first days of the Internet, network administrators utilized routers as hardware firewall appliances. These devices employed stateful packet filtering (SPI) as a firewall technique and this remains a standard among wireless routers. Apart from SPI, other network security features that are common among today’s wireless routers include network administrator/parental control, support for a virtual private network (VPN), WPA/WPA2 encryption, and DoS attack protection. All of these features play an important role in network security but users must also make sure that individual computers and devices in the network run security software like antivirus, anti-spyware, anti-Trojan, software firewall solutions, and Internet security suites.

At the end of the day, price is king. Buyers must take a look at all of the features of the wireless routers they are comparing and see if they go consistent with their respective price tag. Choose the router that supports the right Internet speed, offers stable Wi-Fi coverage, carries adequate wired and wireless connectivity options, and comes with security features that go well with your network requirements.